“Turn out the lights; the party’s over;

They say that all good things must end;

Turn out the lights: the party’s over;

I doubt that the wonderful country singer Ray Price was talking about the government. Yesterday was sine die for the 85th Texas Legislature. The day of adjournment until called again. Or until Governor Abbott checks his vacation calendar.

So how did the 85th Legislature end? In protest of SB 4 – Immigration. There was the 3 AM singing at the Governor’s Mansion protests. A Republican House member called Immigrations and Customs Enforcement (ICE) to remove protestors in the capitol. Note: these protesters in red should not be confused with the women dressed in red as in The Hand Maiden’s Tale.  These were in The Senate Gallery. These and others were protesting almost every piece of legislation. In fact, it is difficult to know your protestors in Austin without a program.

Then there was the floor shoving match in the House of Representatives which resulted in a threatening language to a colleague with words like “gun” and “bullet” and “your head” in the same sentence. This was followed by the Governor signing new gun legislation. Do not go ballistic; I happen to like guns. Just saying PR people need to do better at press releasing timing.

And that is just the tip of the dome. According to The Houston Chronicle, it will cost about $800,000 for one special session. But it will be so worth it for Dan, The Evangelical to lead the Bathroom Brigade of Buffoonery into Texas Public Schools. Because there is one thing every Texas school child needs to know and that is where to go to the bathroom. Biology textbooks will soon show diagrams that show is it is not just “the outside” junk that counts in gender, but also “the inside junk.” We all know the only places that transgender people hang out are public schools.Designating a special place to urinate in schools should be the highest priority of the Texas legislature.

Here’s what I’m thinking. When Dan the Evangelical gets his way and the idiots are called to leave their villages, the Texas bathroom bill will pass. Therefore every bathroom that is designated “The Different One” should have a poster size photo of Dan, the Evangelical falling on his sword. 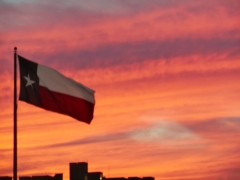 Today let us pause at 3:00 PM local time for a moment of silence for all who sacrificed for our freedom to pursue life, liberty and the pursuit of happiness. You are not forgotten.

Thank you vets that my pursuit of happiness is headed toward Oklahoma City (OKC) to see the Fighting Texas Aggie (TAMU) softball team win the Women’s College World Series (WCWS). No, I am not going. There are certain advantages to attending. For example,

Of course there are advantages to staying home. For example, (in order they come to mind)

The WCSW begins in Oklahoma City on Thursday, June 1 on ESPN. FYI – These ain’t your church softball games. Watch some incredible athletes.  Bet you haven’t seen girls throw like this before!

But wait, the lusty month of May is not yet over – especially for public schools. There are still more buses the public institution can be thrown under.

Today is Sine Die or the last day of the Texas Legislature.

But hold your bladders. We, Texans, still do not know where to go to the bathroom. So Dan, The Evangelical, is calling for a Special Legislative Session. Of course, he is blaming it on the Speaker of the House, Cajones Straus because Speaker Straus will not play with stupid legislation or those who support it. This of course is the Abbott and Castello Show of Texas. Could we just sine die both of you without assigning a day for a further meeting or hearing?

Am I the only one who finds irony in tax payers’ dollars funding a special legislative session regarding property taxes and where to potty places in public schools?

I have been thinking getting a part-time job. I noticed a need in school districts across Texas during the Spring Assessment Periods which began this week called STAAR. This is how springs are now spent in the public education system in Texas. Poor children expressing high levels of anxiety in fear of having to take, then possibility retake the assessment exam as a result of so much Whiskey Tango Foxtrot, I cannot even begin to describe.

Apparently school districts are going to have to keep tract of when, and for how long a student is gone while he or she goes to the bathroom during STAAR testing or as I like to call it – Academic Lockdown. This critically important data point in data analysis is part of the never ending stream of data the TEA is required to collect by the Village Idiots under the Dome as part of the “Let’s make them count the minutes in a school day.” And you thought the end of cursive writing was the downfall of public education.

I updated my resume to include more recent work experience to display my experience in bathrooms and urine. I believe this to make me uniquely qualified for such a position – which by the way – my position is sitting, which I understand is not allowed during test monitoring.

April Fool! I am not going to back to work.

Too bad the timed urine breaks during assessment and data collection are not part of an April Fool’s joke. One would think it would be, given all of the fools that created this legislatively and politically contrived mess call K-12 public education. 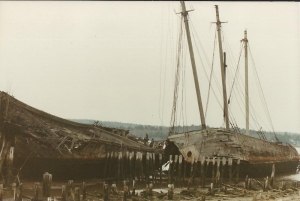 Don’t forget – the only money maker in education is assessment! 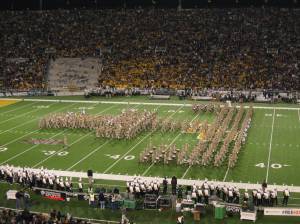 I see where there is a dialog among teachers regarding next year’s STAAR assessment.

We, as employees of the Texas Education Agency, used to say “Your perspective depends on what altitude your aircraft flies.” There are those whose perspective of education is that viewed from a crop duster. These are teachers and principals – the ones actually doing the work to make “crops” grow.

Then there are people, such as the State Board of Education and the Texas Legislature whose aircraft is the Space Shuttle. This also includes those who believe they can evaluate an educational institution by the sheer fact they attended one.

As you express your well stated concerns please keep in mind:

The Texas Education Agency (TEA) works at the pleasure of the Texas Legislature. By statute in the Texas Education Code (help me RL and Joan for exact citation) it is the agency’s responsibility to develop and/or monitor legislation passed and signed into law or something like that.

In addition, there is statutorily defined, The State Board of Education. The Texas Legislature and the SBOE are both elected bodies. Together, they have an IQ equal to the temperature on a hot day in July in Texas.

Therefore, please ensure your comments regarding all assessments are directed to the appropriate entity.

However, you may also inform the Texas Education Agency of your concerns by calling the complaint division whose phone number is 512-463-9290. I remember this because my phone number there was 512-463-9092. I was chewed out enough by superintendents and higher ups with better titles who made way more money than I did, without being chewed out by people trying to reach the general complaint division.

It was commented that “It (STAAR) is a moving target.” I can assure you that following a legislative session everything at TEA is a moving target. This includes, but it is not limited to the creation of a Kindergarten funding program and assessment strategies for awarding schools, those letter grades of A, B, C, D, and “bottom of the barrel.” (V. Bergin, TEA, when it was fun).

In addition, I am sure the graphics department is busy making big old capital letters to hang on the front of the school.

And last, but certainly not least, we say good bye to Pearson, or Big P.

In May, the Texas Education Agency announced that Pearson Education would no longer be the exclusive standardized testing vendor, a position the British mega-company had held for more than three decades.

Which part of that hangs you up? British mega-company or three decades?

The largest provider of testing services in Texas, education giant Pearson confirmed Thursday that it will lay off more than 200 Texas employees after the state chose another vendor for the majority of its new standardized testing contract.

Of course the audit did not help either. http://kut.org/post/what-s-texas-500-million-testing-contract-pearson

So as you express your concerns, please: